An introduction to how MS is diagnosed and the types of MS:

At this time, there are no symptoms, physical findings or laboratory tests that can, by themselves, determine if a person has MS. The doctor uses several strategies to determine if a person meets the long-established criteria for a diagnosis of MS and to rule out other possible causes of whatever symptoms the person is experiencing. These strategies include a careful medical history, a neurologic exam and various tests, including magnetic resonance imaging (MRI), evoked potentials (EP) and spinal fluid analysis.
In order to make a diagnosis of MS, the physician must:

In 2001, the International Panel on the Diagnosis of Multiple Sclerosis updated the criteria to include specific guidelines for using magnetic resonance imaging (MRI), visual evoked potentials (VEP) and cerebrospinal fluid analysis to speed the diagnostic process. These tests can be used to look for a second area of damage in a person who has experienced only one attack (also called a relapse or an exacerbation) of MS-like symptoms — referred to as a clinically-isolated syndrome (CIS). A person with CIS may or may not go on to develop MS. The criteria were further revised in 2005 and 2010 (now referred to as The Revised McDonald Criteria) to make the process even easier and more efficient.

The Consortium of Multiple Sclerosis Centres (CMSC) announced at the 2017 Annual Meeting in May that the MacDonald Criteria is currently under review to be in line with modern research. Two of the notable reasons for the change being the “identification of subsets of patients with a high likelihood of MS but in whom the 2010 criteria are not diagnostic” and “recognition that MS is frequently misdiagnosed”. At this stage the 2010 MacDonald Criteria is still recognised as the most valid diagnostic process.

Medical History and Neurologic Exam
The physician takes a careful history to identify any past or present symptoms that might be caused by MS and to gather information about birthplace, family history and places traveled that might provide further clues. The physician also performs a variety of tests to evaluate mental, emotional and language functions, movement and coordination, balance, vision, and the other four senses. In many instances, the person’s medical history and neurologic exam provide enough evidence to meet the diagnostic criteria. Other tests are used to confirm the diagnosis or provide additional evidence if it’s necessary.

To assist your Neurologist we recommend keeping a record of your symptoms to provide the most comprehensive history at your appointment. A Health Passport can be useful or a diary. You should also ensure that you visit your GP with each presenting symptom to ensure that an official record is kept.

MRI
MRI is the best imaging technology for detecting the presence of MS plaques or scarring (also called lesions) in different parts of the CNS. It can also differentiate old lesions from those that are new or active. The diagnosis of MS cannot be made solely on the basis of MRI because there are other diseases that cause lesions in the CNS that look like those caused by MS. And even people without any disease — particularly the elderly — can have spots on the brain that are similar to those seen in MS. Although MRI is a very useful diagnostic tool, a normal MRI of the brain does not rule out the possibility of MS. About 5% of people who are confirmed to have MS do not initially have brain lesions on MRI. However, the longer a person goes without brain or spinal cord lesions on MRI, the more important it becomes to look for other possible diagnoses.
Read more on MRI

Visual Evoked Potential (VEP)
Evoked potential (EP) tests are recordings of the nervous system’s electrical response to the stimulation of specific sensory pathways (e.g., visual, auditory, general sensory). Because damage to myelin (demyelination) results in a slowing of response time, EPs can sometimes provide evidence of scarring along nerve pathways that does not show up during the neurologic exam. Visualevoked potentials are considered one of the most useful tests for confirming the MS diagnosis.
Read more on Visual Evoked Potentials

Lumbar Puncture
Analysis of the cerebrospinal fluid from around the spine, which is sampled by a spinal tap, detects the levels of certain immune system proteins and the presence of oligoclonal bands. These bands, which indicate an immune response within the CNS, are found in the spinal fluid of about 90-95% of people with MS. But because they are present in other diseases as well, oligoclonal bands cannot be relied on as positive proof of MS.
Read more on Lumbar Puncture

Blood Tests
While there is no definitive blood test for MS, blood tests can rule out other conditions that cause symptoms similar to those of MS, including Lyme disease, a group of diseases known as collagen-vascular diseases, certain rare hereditary disorders, and AIDS.

The course of MS is unpredictable. Some people are minimally affected by the disease while others have rapid progress to total disability, with most people fitting between these two extremes. Although every individual will experience a different combination of MS symptoms, there are a number of distinct patterns relating to the course of the disease:

Clinically Isolated Syndrome
If a person has only had one episode or symptom they are generally diagnosed as having clinically-isolated syndrome (CIS). A person with CIS may or may not go on to develop clinically definite MS.

Relapsing Remitting MS (RRMS)
RRMS is the most common form of the disease. It is characterized by clearly defined acute attacks with either full recovery or with residual deficit upon recovery. Periods between disease relapses are characterized by a lack of disease progression. Approximately 85% of people with MS begin with a relapsing-remitting course.

Secondary Progressive MS (SPMS)
SPMS begins with an initial relapsing remitting disease course, followed by progression of disability that may include occasional relapses and minor remissions and plateaus. Typically, secondary progressive disease is characterized by: less recovery following attacks, persistently worsening functioning during and between attacks, and/or fewer and fewer attacks (or none at all) accompanied by progressive disability. According to some natural history studies, of the 85% who start with relapsing-remitting disease, more than 50% will develop SPMS within 10 years; 90% within 25 years. More recent natural history studies (perhaps because of the use of MRI to assist in the diagnosis) suggest a more benign outlook that these numbers suggest.

Primary Progressive MS (PPMS)
PPMS is characterized by progression of disability from onset, without plateaus or remissions or with occasional plateaus and temporary minor improvements. A person with PPMS, by definition, does not experience acute attacks. Of people with MS are diagnosed, only 10% have PPMS. In addition, the diagnostic criteria for PPMS are less secure than those for RRMS so that often the diagnosis is only made long after the onset of neurological symptoms and at a time when the person is already living with significant disability.

Progressive Relapsing MS (PRMS)
PRMS, which is the least common disease course, shows progression of disability from onset but with clear acute relapses, with or without full recovery. Approximately 5% of people with MS appear to have PRMS at diagnosis. Not infrequently a patient may be initially diagnosed as having PPMS and then will experience an acute attack, thereby establishing the diagnosis of PRMS. 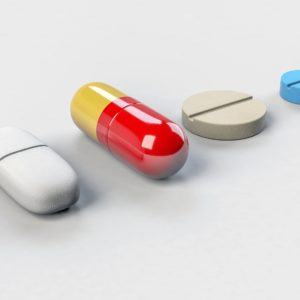 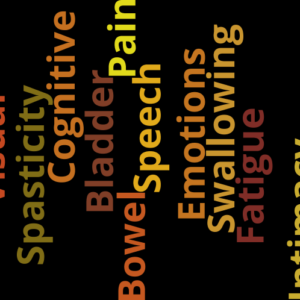 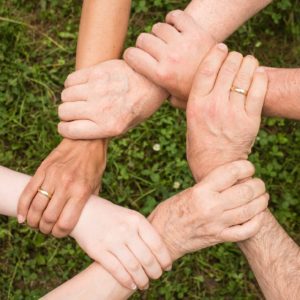 Who can help me?

The supports available to help me manage MS