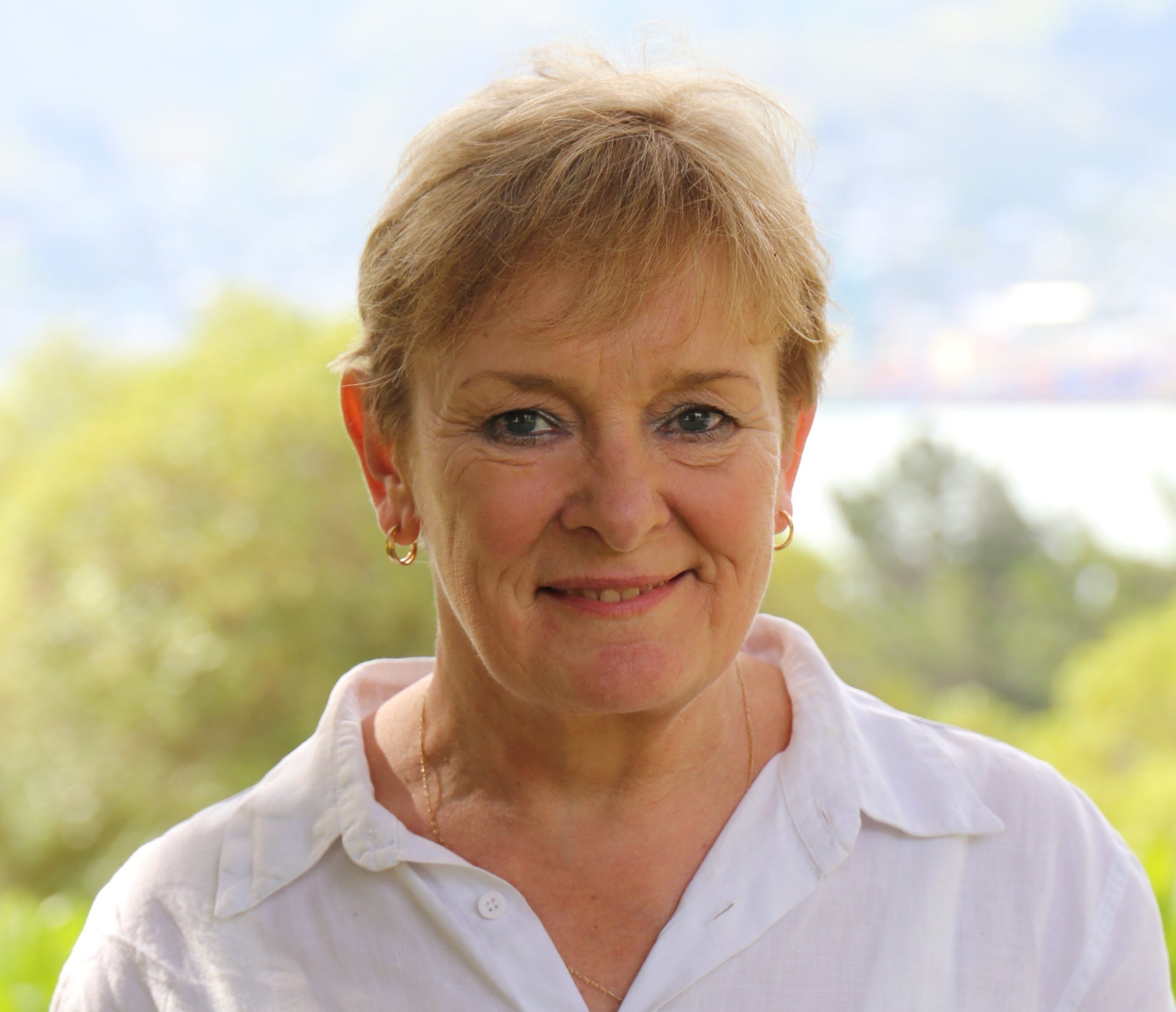 My MS, My Story – Claire Brown

Fifty-six is reasonably old to be diagnosed with multiple sclerosis given that the average age of onset is around thirty-four years and I will always be grateful that, even in the unlikely event that I live to be 100, I will have spent most of my life blissfully free of this debilitating disease.

Like most MS sufferers, mine took nearly five years to finally get diagnosed. Since the beginning of 2012 I’d been lurching in desperation between general practitioners, physiotherapists, chiropractors, and alternative therapists in an attempt to get to the bottom of what was causing the weakness in one leg accompanied by cramps and painful spasms on the opposing side. I had MRI’s and numerous x-rays but all came back normal.

My first real MS relapse occurred in April 2013 on Queensland’s Fraser Island where I was holidaying for a week with a new boyfriend. Nothing like a disconcertingly remote location and a potential new relationship to bring out my mysterious symptoms! To make matters worse I had seen a Bowen therapist the day before and was genuinely surprised when she strongly advised me to see a neurologist as it could be an indication of something quite serious.

Up until that point I hadn’t considered that my problem might be anything serious. I’d passed it off as being a trapped nerve, sciatica or piriformis syndrome and I drove home feeling quite uneasy. I wanted to go to the doctor and get a referral immediately but since I was flying to Queensland the following day I wouldn’t have enough time before I left.

I made the fatal mistake of Googling it and came away convinced I had something life-threatening, a notion which regrettably stayed in my mind for the duration of the holiday. Sleep became impossible due to physical discomfort and mental anguish. Instead of enjoying a romantic getaway, I ended up a twitching, sweaty, menopausal mess, wide awake at 3:00am playing Candy Crush and smelling strongly of liniment. The more panic-stricken I became the worse I felt and by the time I got to the airport to board the plane home, my legs were too weak to climb the stairs of the aircraft and I needed wheelchair assistance and a hoist to get onto the plane.

Once home I was eventually referred to a neurosurgeon who, after analysing my MRI results, discovered I was suffering from spondylolisthesis. At last I had a diagnosis and the good news was that it could be remedied with surgery! Filled with hope, I underwent four hours of surgery which incorporated a spinal fusion, laminectomy and a decompression.

I waited in hopeful expectation after the operation but my symptoms stubbornly remained, although I was now less supple and unable to even touch my toes. I didn’t doubt the existence of the condition that was diagnosed, but the corrective surgery failed to provide any relief and I was firmly back at square one.

For the next few years I became stuck yet again in a fruitless round of physiotherapy sessions, chiropractic manipulations and massage therapy. I would often become overwhelmed by the uncontrollable urge to fall asleep at inconvenient times, but I assumed that this was just another symptom of menopause which was also playing havoc with my body at the time.

I began to wonder if my problem might be psychosomatic so I went to see a psychoanalyst. Due to a set of circumstances unrelated to the psychoanalyst, the day after my appointment I found myself the owner of a ginger kitten. “Weasley” was very affectionate and he followed me everywhere, getting under my feet at every opportunity. One morning I tripped over him while I was getting ready for work. I didn’t actually fall to the ground, but I landed heavily on my left foot causing a sensation like a bolt of electricity to shoot through my foot and right up to my waist.

I went to the 24-hour surgery for an x-ray of my foot and to get some crutches because if I put too much weight on the foot, the resulting electric shock sensation was almost unbearable. The young doctor who examined me afterwards told me my x-ray was normal and doubted that the electric shock sensation was anything to worry about but thought I should probably do something about the peculiar gait I’d developed, as though it were a quirky mannerism that I’d spent four years developing in order to entertain people at parties. His final words were:

“Have you thought about getting a little bit of physio?”
“What a novel idea! Why didn’t I think of that?” I thought sarcastically to myself.

I had to take two weeks off work afterwards which seemed odd given that tripping over the kitten was a relatively minor incident. My local doctor prescribed anti-inflammatories and I assumed it was these that were giving me the peculiar feeling of tightness around my midriff which appeared to be affecting my ability to empty my bladder and bowel. I returned to the doctor who prescribed laxatives for constipation. By this time I was pretty sure I had multiple sclerosis, but I would need to convince my doctor of that in order to get it diagnosed.
The following day my legs gave way completely and I was taken by ambulance to Christchurch Public Hospital where I was given a comprehensive MRI, not just of my lower lumber spine like the MRI’s I’d had previously. This time they scanned my entire spine and brain.

The following day a neurologist pulled the curtains around my hospital bed and calmly told me that I have Primary Progressive Multiple Sclerosis. I experienced a mixture of emotions on hearing this news, yet surprisingly fear and shock weren’t among them. If she had told me I had cancer, fear would have spearheaded a completely different set of emotions. I would have blamed myself for having previously been a smoker, regretted that I hadn’t always followed a perfect diet and exercise regime, but most of all I would have been furious that it had taken nearly five years to diagnose.

Instead, my predominant reaction was relief that the symptoms that I’d been vainly attempting to describe to so many different medical professionals could be attributed to a valid condition and I was finally talking to people who actually understood what I was experiencing rather than continually being told to ‘get a little bit of physio’. A lumbar puncture confirmed the diagnosis, which proved problematic due to the amount of hardware in my back after the spinal surgery which, with the benefit of hindsight, I fervently wish I hadn’t had.
I knew virtually nothing about multiple sclerosis at that time. No-one in my family had suffered from it and nobody I knew had it. In a sense I was grateful for this as I had no preconceived ideas about it and, other than reading through the literature that the neurologist left with me, I made no real effort to search it on the internet.

A week later I was transferred to Burwood Hospital. I could not have timed my diagnosis better. The hospital had officially been re-opened just two weeks prior to my admission after having had close to a billion dollars spent on redevelopment after the earthquakes. Not only were the facilities in the Brain Injury Rehabilitation unit state-of-the-art, the doctors, nurses, occupational therapists and physiotherapy team were absolutely amazing.

When I was admitted I was wheelchair bound and had felt very helpless. By the time I was discharged four weeks later, although I was still not independently mobile, some of the symptoms had eased a little and I was feeling a lot more confident. My home became littered with mobility aids and was fitted with handrails and a toilet seat. I joined the Christchurch MS Society who were extremely helpful in pointing me in the right direction whenever I needed assistance.

This was five and a half years ago. In the months after my diagnosis I eventually regained my ability to walk and I now use a cane, or crutches if I need to be on my feet for longer periods. Having MS made it impossible for me to continue working full-time in my international logistics role but fortunately I had income protection insurance. This has given me time to edit a series of children’s stories that I wrote a number of years ago and try to find a publisher. Maisey Morley’s First Christmas, the first in this series was published in January this year by Nightingale Books in the UK.

My symptoms remained reasonably stable until a few months ago when I developed optic neuritis. This evidence that my MS is active has meant that my MS has been re-categorised as Relapsing Remitting Multiple Sclerosis. This means that some DMT (disease modifying therapy) drugs are now available to me as they are funded by Pharmac for patients with RRMS. I completed my second infusion of Ocrelizumab a couple of months ago which decreases the number of flare-ups and slows the worsening of Relapsing Remitting MS.

MS is obviously something I’d rather not have, yet in many ways my outlook and attitude to life has changed in ways that aren’t all bad. 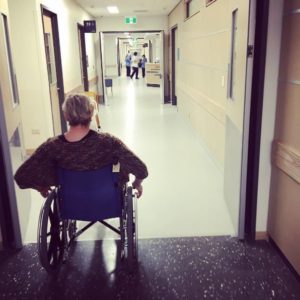 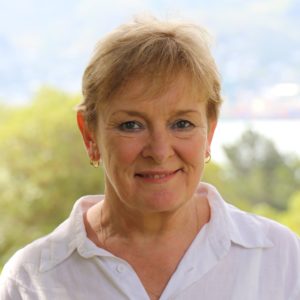 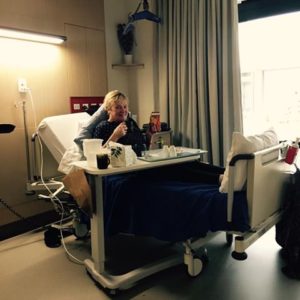