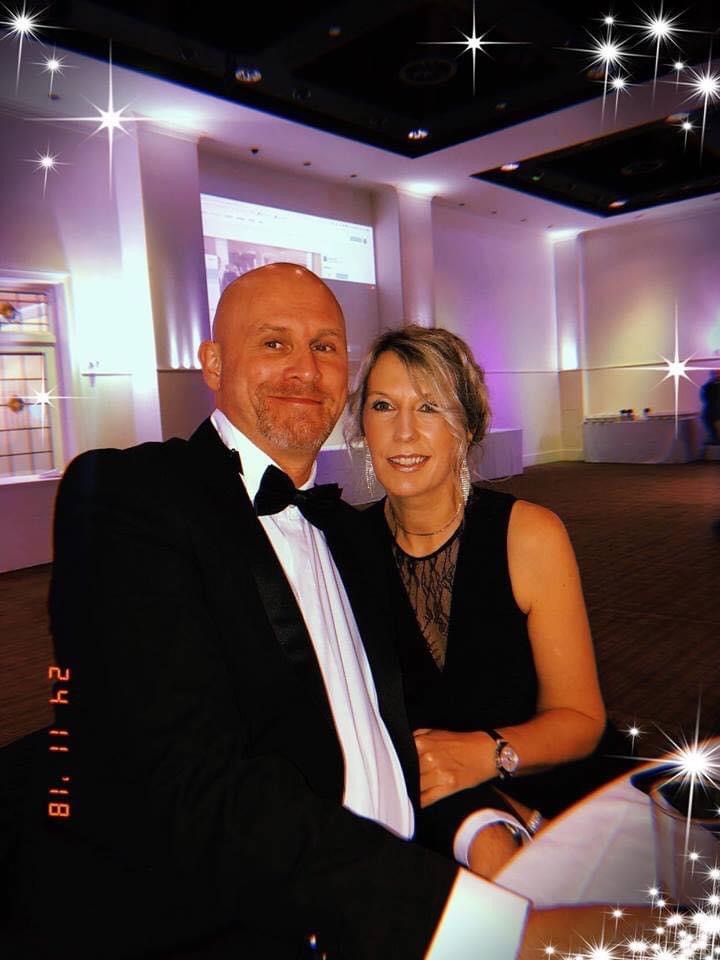 Lucy Kerly had aHSCT on the NHS at Hammersmith Hospital in London at the beginning of 2022. Both she and her husband live with MS – Steve was diagnosed with relapsing MS in 2003 when he was 29 and travelled to Mexico for HSCT in 2016. Then, in 2020, Lucy found out she also had MS.

Although Steve was initially diagnosed with relapsing MS in 2003, and secondary progressive MS in 2009, we feel this may have been wrong. He really didn’t have defined relapses and then recover. He tried five different disease modifying therapies (DMTs) but nothing seemed to work. He got new symptoms and they remained and slowly progressed. One of the first things was sudden onset of double vision, steroids did nothing and he remained with this for 10 years until squint surgery corrected it. There was also a gradual decline in his mobility, going from a slight limp, stick, crutches, zimmer to wheelchair by 2014.

In January 2016, we sat having dinner with the kids and a Panorama programme came on about HSCT and MS. We all stopped and watched in shock that we had never heard of this treatment before.

The following day we went into research mode and joined every Facebook group and forum that mentioned HSCT. It quickly became apparent that Steve would not fit the strict criteria for NHS treatment, so we started looking at the overseas options. Russia declined him due to his EDSS (Expanded Disability Status Score) of 7.5. However, Mexico were happy to accept him. Now there was just the small matter of costs!

I’ve got nothing to lose

After six months of fundraising we were ready to go by June 2016 and accepted a cancellation date in July.

Steve’s words were “I’ve got nothing to lose”. He felt the way he was progressing he would be in a care home by the time he was 50. It was a leap of faith I suppose, it gave us all hope. We knew it wasn’t going to reverse the damage already done, the aim was to halt the progression.

Over the last six years, Steve has remained pretty stable, with an EDSS of 7. Although last year, after his Covid vaccine and a nasty UTI that hospitalised him, his mobility has declined slightly, with more falls. His neurologist will be repeating MRIs to see what’s going on, but he’s no worse than before he went to Mexico so we remain positive.

It never crossed my mind it could be MS

And then I was diagnosed in 2020. Covid had hit and I was diagnosed over the phone. I went through MRIs, a lumbar puncture and was told I had primary progressive MS. Pins and needles had started in 2011 and there’d been a slow gradual decline in my right leg. It was dragging and catching on the floor. It never crossed my mind it could be MS. I didn’t accept it, believed it had to be wrong. This was in the October and it wasn’t until the December I saw a neurologist and asked if the diagnosis was right, she said yes. I immediately thought, HSCT here we come.

The neurologist said I could start on ocrelizumab (Ocrevus) but I said I wanted to do my research, talk to real people. Not enough people with primary progressive MS gave me hope. I got the impression it wasn’t for me. I needed something more concrete, more future-proof so I’ll be ok to carry on looking after Steve and have a future for myself. I firmly believed that would be HSCT. I went to see another neurologist about ocrelizumab. When I told her about HSCT she said I was far too well for it. But for me, that didn’t make sense, why wait? That was the biggest regret for Steve, that he didn’t get it sooner. It was a no brainer, I was well enough to take it on.

He told me I was an ideal candidate

I started getting help on who to talk to about getting HSCT on the NHS. I knew I needed new lesions within a year on an MRI scan. I was told to go and see Professor Nicholas privately to see if I stood a chance. I work at my local hospital and asked them to put all my MRI scans on a disc. He said it looked like I had a least two more lesions since my last MRI and that I would fit the criteria. My EDSS was 3.5 purely because I walk with a bit of a limp and foot drop. He told me I was an ideal candidate – apart from my minor MS symptoms I was fit and well and looked after myself. He said the next step was to get myself referred to him in his NHS capacity. This was done and I eventually had my first NHS neurology appointment in London in August 2021, I was then told my case would have to be discussed at the multi-disciplinary team meeting.

At the end of October I was told I had been accepted, what a feeling!! I could have grabbed the neurologist and kissed him! I was then referred to the haematologist, Dr Ian Gabriel. We had a telephone appointment in December 2021, he warned me things may be slightly delayed as the new Omicron variant of Covid had hit hard. Luckily by February things started moving. I had lots of blood tests and an appointment with the transplant team to discuss the whole procedure.

My first round of chemo was on 4 March 2022. This was done in an outpatient clinic and I was sent home with tablets and injections to administer at home.

This initial chemo and the G-CSF injections are to encourage the stem cells to come away from the bone marrow. The first few days following the chemo were tough, there was a lot of nausea and vomiting but it subsided on day three.

After five days of injections (which did cause a bit of bone pain) it was back to London for blood tests.

Next step was on the 14 March, this was my stem cell harvest, where my stem cells were collected and then frozen. This was also done as an outpatient.

The next week I was called in for testing day, this is where they check all your organs are fit and strong enough to endure this procedure. This involved a chest X-ray, lung function test, ECG, and Echocardiogram.

I was then given my admission date, and felt extremely lucky that it was only a few weeks away.

A few days later I received a phone call to say they suddenly found themselves with space on the ward and could I come in sooner. I was admitted four days later and chemo started the following day.

Then it was five days of two different types of chemotherapy, cyclophosphamide and ATG along with a constant drip of something called Mesna which protects the bladder from the harmful toxicity of the chemo.

It was extremely tough

I’m not going to lie, it was extremely tough and I felt awful with severe nausea, vomiting, fluid retention and diarrhoea. I just kept telling myself it will be over soon, short term pain for long term gain. Then five days later all the chemo is finished, you then have a rest day before your stem cells are given back, that was on 4 April so that’s my stem cell birthday!

After this you eventually go into a phase they call neutropenia, this is where your immune system has completely depleted and you’re extremely vulnerable to infections and fevers. I was extremely fortunate and didn’t develop any complications.

Then it’s just a case of waiting till your numbers (bloods) begin to rise again and you’re no longer neutropenic.

Once your numbers are back in the safe zone and you’re well you can be discharged. For me, this was on Good Friday. So in less than a year of seeing Dr Nicholas privately, it was done, my stem cell transplant was complete! I’ve been so lucky and feel so blessed.

Now I’m home and have to allow for recovery, this varies in every individual but I was told three to four months. My bloods will be monitored and I’ll have an appointment with the haematologist in May to make sure everything is going in the right direction.

Sometimes I worried if I was doing the right thing

I was so well cared for by the haematology and bone marrow transplant team at Hammersmith Hospital and all the staff on Weston Ward. Everyone was friendly and put me at ease. It’s a scary process but not once did I feel they weren’t in control, I felt completely safe.

Sometimes I worried if I was doing the right thing going through this procedure with little disability and being relatively well. Then I’d quickly tell myself that’s exactly why I’m doing it now, so I can hopefully remain well with no further progression. I’m Steve’s carer and now I can hopefully continue being so. 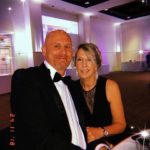 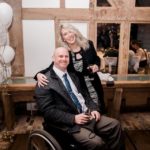 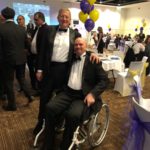 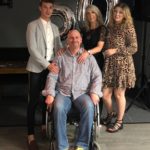 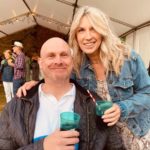 Please sign this petition to help us campaign to get access to aHSCT for people with MS in New Zealand: https://www.msnz.org.nz/sign-the-petition-make-ahsct-available-in-nz-for-ms/