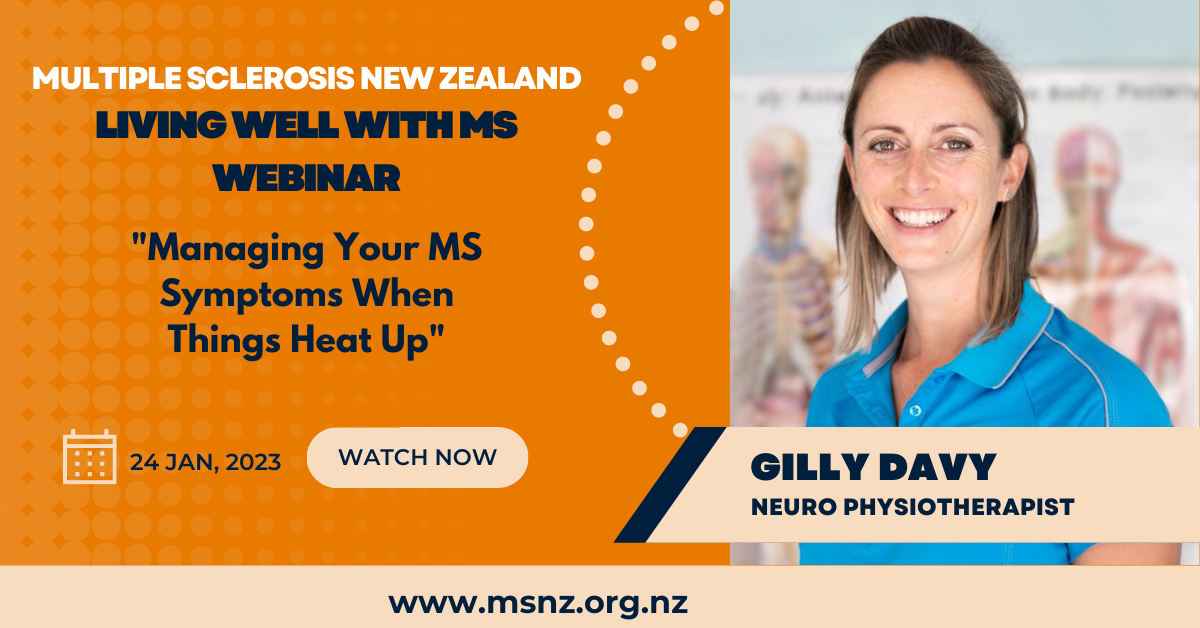 Webinar – Managing Your MS Symptoms When Things Heat Up

The effect of heat on Multiple Sclerosis (MS) symptoms is real. Physiologically, the nerve conduction speed can slow down which can exacerbate a whole range of symptoms. This varies between individuals. However, the good news is that research has shown a range of techniques that can help manage this physiological response. This short webinar covers some basic physiology of what happens when we overheat but importantly gives you some practical tips that can hopefully assist you to manage in hot weather or when exercising.

About our speaker Gilly Davy

Gilly Davy is one of New Zealand’s foremost Neuro Physiotherapists and the founder and director of the MS Get a Head Start. Gilly graduated in the UK in 2004, where she worked before working in New Zealand for six years and obtaining her post graduate certificate in health and rehab science. Gilly then moved to the Advance Rehab Centre in Sydney for three and half years in which she started MS Get a Head Start. Gilly was proudly awarded the Australian Physiotherapy Association Ipsen special commendation for Achievement in Neurological Physiotherapy in 2015. In 2016 she was then awarded a Honorary Clinical Fellowship for the Australian Catholic University. She then returned to New Zealand in 2016 and ran her own successful company called Connect Neuro Physiotherapy. Gilly closed Connect Neuro Physiotherapy in 2021 to allow her to focus on her clinical career.